You are here: Home / News / Mass of thanksgiving presided by the new General GC26 General Congregation 36, at the end of the mass at the Gesu, newly elected Fr. Arturo Sosa, SJ, of Venezuela, prays before the tomb of St. Ignatius.

The afternoon of Friday, October 14, after the election, the congregation members were able to take a well deserved break. They met this morning at the Gesù Church for the second time in two weeks. They had the joy to be around their new Superior General, Father Arturo Sosa, who therefore had the opportunity, in his homily, to offer for the first time a spiritual message inspired by the Holy Scripture.

The first reading was taken from the wisdom tradition, the book of Sirach. It emphasized how the search for wisdom provides the intelligence and opens the way for just decisions. Whoever has this wisdom coming from the Lord will spread it to all nations. Psalm 88 reminded that the Lord is pleased by the fidelity of his servant. An excerpt from the letter of St. Paul to the Christians of Rome exhorted them to avoid causing scandal and division, but mainly to show perseverance and hope by doing everything for the good of their neighbour. In the Gospel of St. Mark, Jesus invited his disciples to be watchful at all times.

In his homily, the new Superior General first recalled that a few days earlier, at the opening of the General Congregation, the Master of the Dominicans had invited the Jesuits to the audacity of the improbable, something that characterizes a person of faith. Fr. Sosa was even more daring: referring to Mary, he opened the way to the audacity not only of the ‘improbable’ but also of the ‘impossible’, because “Nothing is impossible for God”, had said the angel Gabriel.

The General added: “We ask the Lord for that kind of faith, because we can make it our own, as Society of Jesus, the faith expressed in Mary’s words in response to receiving the extraordinary appeal: ‘Behold the handmaid of the Lord, all be done according to thy words.’ As Ignatius and his first companions, like so many brothers who fought and lived under the banner of the cross in the service of the Lord and his Church, we also want to contribute to what seems impossible today: a humanity reconciled in justice, living in peace in a common house well kept, where there is room for everyone because we recognize that we are siblings, son and daughters of the same and unique Father.”

Father General then stressed the fact that we are not alone to accomplish this task; we do it in collaboration. Not only that of collaborators in our works, but by making ourselves collaborators of people, inside and outside of the Church, who are involved in a mission that is not ours exclusively, a mission we share with many men and women dedicated to the service of others.

You can read the original homily in Italian by clicking here.
Official English translation here. 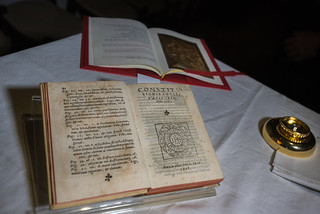 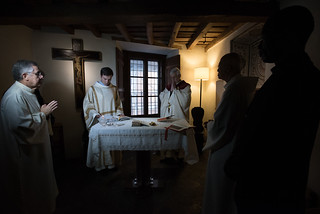 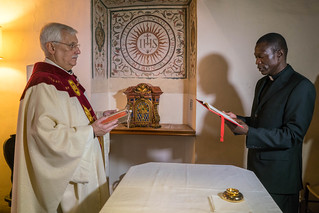 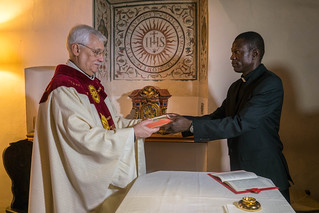 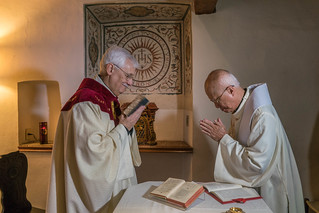 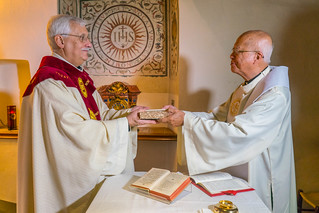 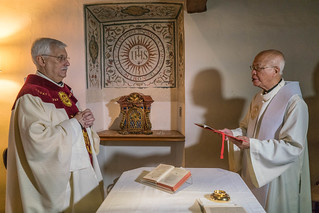 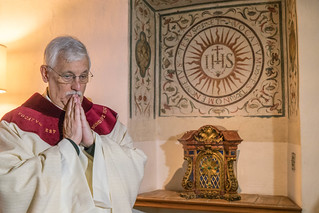 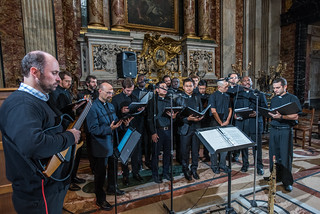 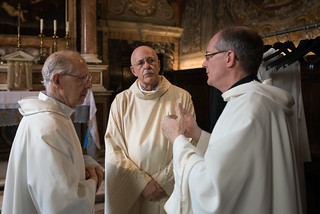