You are here: Home / The Communication Team 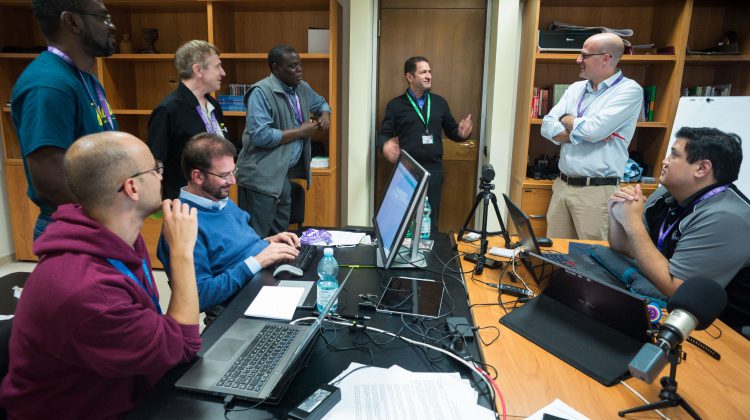 With the help of many Jesuits and collaborators from around the world, and with the collaboration of the delegates themselves, the GC36 media team has created hundreds of written stories, produced hours of video content and taken thousands of photos that have covered everything from morning prayers, to the election, the visit of the Holy Father, and the work of creating documents and decrees. The media team’s content, produced in 4 languages, has been seen more than 2 million by people in almost 200 countries.