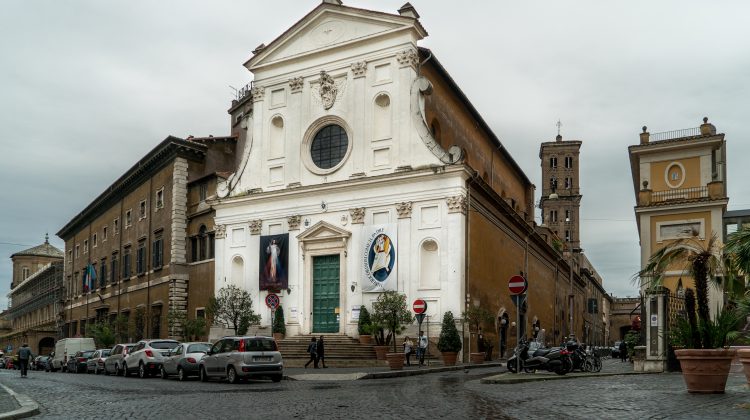 The day of the election of the future General, the electors gather to celebrate the Eucharist; they invoke the Holy Spirit once again that he inspire them at the moment of the vote which will commence immediately after the celebration.

This year, the Votive Mass of the Holy Spirit will be presided over by Fr. James Grummer, who until the election of the new superior general, is acting as vicar general of the Society after the General Congregation accepted of the resignation of Father Adolfo Nicolás.  The opening monition of the celebrant clearly speaks about the intention, which has reunited Jesuits.  Thus: In this Holy Year, during which the entire Church is called to live the grace and the tenderness of the mercy of God, we are invited to pray without ceasing to the Holy Spirit that he favor Christian unity and that he give us the courage to throw ourselves forward, generously, in requesting the intercession of our blessed martyrs, baptized in blood for the love of Christ and of his Church.

The Liturgy of the Word stresses the importance of the Holy Spirit.  In the first letter of Saint Paul to the Corinthians, the Apostle recalls that the gifts of grace are varied but that it is always the same Spirit who acts.  All things considered, “each receives the gift of the manifestation of the Spirit for the good of all.”  The gospel, it places us at the Cenacle, when the disciples are reunited in prayer.  They harbor fear, but Jesus appears to them and saying “Peace be with you.”  He also says to them “Receive the Holy Spirit.”

We invite you to pray, in union with the members of the Congregation, the universal prayer drafted for this celebration.  You can access them here.

After the celebration of the Eucharist, the electors will return in silence to the aula where, after a last admonition from one of the Assistants ad providentiam, Fr. Lisbert D’Souza, the vote for the election of a new General of the Jesuits begins.