You are here: Home / Interviews / “The work of reconciliation: To Accompany the victims towards a greater human community”- Interview with Francisco de Roux, SJ 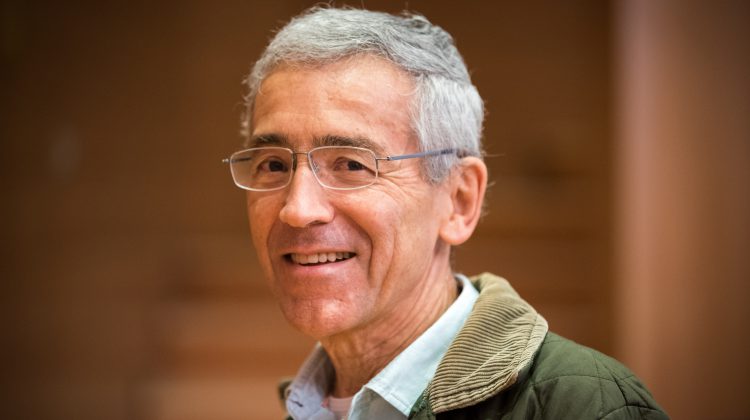 “Reconciliation is the call most referred to in reports received from all parts of the universal Society”, revealed Father General Arturo Sosa during his first press conference on October 18, 2016. He was responding to a question regarding the challenges Jesuits face today, but his response came from the very DNA of the Society of Jesus: this mission to “reconcile the estranged” is already contained in the Formula of our Institute (1540). As recently as 8 years ago, General Congregation 35 proposed reconciliation and bridge building as current ways of deepening our mission, being fully aware that we live in a world broken by a multitude of physical, psychological, socio-political, economic and ecological ‘violence’.   Years later, Fr Adolfo Nicolás asserted, “reconciliation and the work for peace are essential aspects of our apostolic task, even more so when we are sent to the frontiers, where the conflicts, division and the suffering of our world are encountered.”

In General Congregation 36 we wanted to explore further this dimension of our mission through an interesting dialogue with Father Francisco de Roux, Colombian Jesuit whose expertise in the work of reconciliation comes from his deep involvement in the processes of peace in his country. For him, the human race is going through a profound spiritual crisis, which hinders any advances we can make towards achieving a universal community. “There is only one human race, only one human community, only one human dignity, that we all demand, but this journey forward is made with great suffering, especially of the more vulnerable populations, in the more fragile places in the world”.

And therein lies the call to the Society to be at the heart of the world, not as bosses or leaders, but as elements of the love of God to human beings, who seek to overcome differences and tensions between us and to avoid so many religious, social, ethnical, emotional ruptures… For De Roux, “the Society incarnates this mission in the Jesuits who at this moment in time stand on the side of the victims”. Accompanying the suffering, the desperate and the anguished in order to—from within this suffering and pain—start to rebuild a reconciled humanity.

There is fear of the human person, of accepting that an Indian girl or an Afro-Colombian woman from some corner in the Americas might be as human as a man from Japan or from some place in Germany. To accept this means to accept that they have equal rights to share in the resources of our planet and enjoy its marvels. There is fear in thinking that we are all called to be a community together, all of us… while what is beautiful, what God wants, is that we celebrate with great joy the universal community and the differences among us. “We, in the Congregation, constitute only a parable of what this is.  Our companions, who are experiencing human suffering in a profound way, are the ones who help us truly understand where we need to move forward to.”