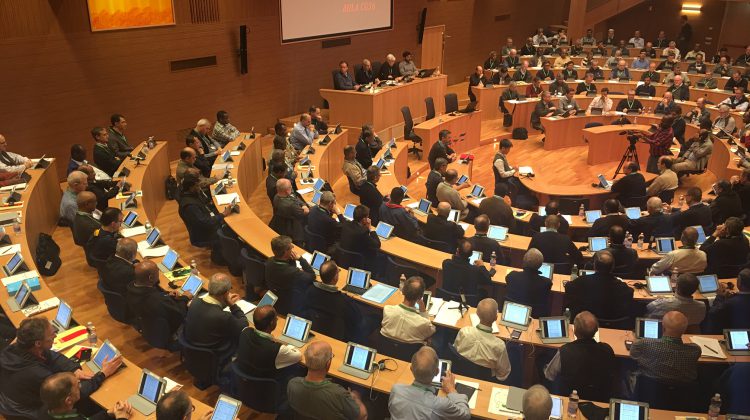 After several weeks of deliberations, there are indications that the General Congregation might be coming to a close soon. Tomorrow Saturday, November 12, members of GC 36 will be joined by many other Jesuits living in Rome, as well as friends and collaborators  of the Society in celebrating the Mass of Thanksgiving at the Church of Saint Ignatius in Rome. The members will then gather at the Gregorian University for a social interaction with other Jesuits, as well as to celebrate the 68th birthday of Father General, Arturo Sosa.