Home » The Secretary of the Society and four Assistants ad Providentiam 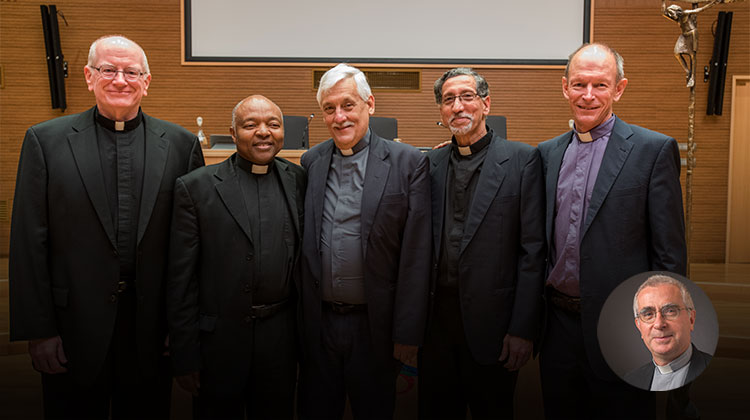 Here is a more detailed presentation of the four Assistants ad Providentiam who were elected on Friday, November 4, 2016. The four are among the General Counsellors that Father General appointed to his council last week.

The New Secretary of the Society

In his first letter to the entire Society dated November 4, 2016, Father General Arturo Sosa announced that he hopes to begin working with the new team in the early days of January 2017.

Finally, Father Sosa expressed gratitude on behalf of the Society to the men who will soon be leaving the central government of the Society for new assignments elsewhere. These are Fathers Miguel Cruzado, Ignacio Echarte, James E. Grummer, and Federico Lombardi. Their dedication, generosity and availability have been helpful to the Society.