You are here: Home / Prayer Room / Saints – Formed by the Grace of God 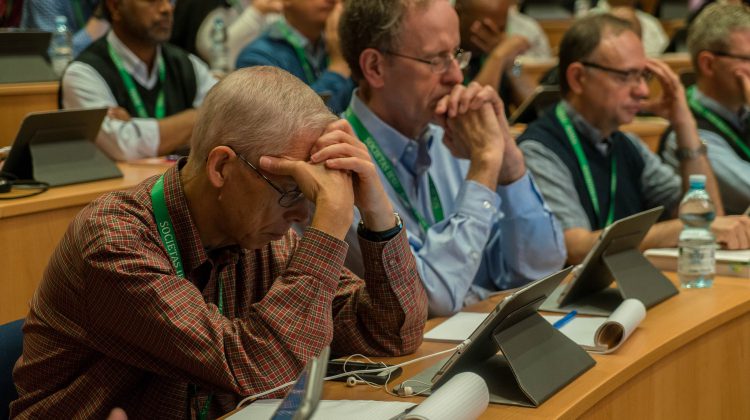 Join the prayer of the Congregation delegates. This is the text of the morning prayer for November 5, 2016.

„There are very few people who realize what God would make of them if they abandoned themselves entirely to His hands, and let themselves be formed by His Grace. A thick and shapeless tree trunk would never believe that it could become a statue, admired as a miracle of sculpture … and would never consent to submit itself to the chisel of the sculptor who, as St. Augustine says, sees by his genius what he can make of it. Many people who, we see, now scarcely live as Christians, do not understand that they could become saints, if they would let themselves be formed by the grace of God, if they did not ruin His plans by resisting the work which He wants to do… In this life a thing is good only in the degree in which it serves eternal life. And it is evil in that degree in which it makes us turn aside or away from it. In this way the soul, suffering contradictions on this earth, enlightened and purified by the eternal dew, builds its nest on the heights, concentrates all its desires on the search for Christ crucified since, after being crucified in this life, will rise to life with Him in the next.”
Rome, April 25, 1543. Letter of St. Ignatius to Ascanio Colonna.