You are here: Home / News / Pope Francis’ Visit to the Congregation There is a well-established tradition that on the occasion of a Jesuit General Congregation, the Holy Father meets with the delegates. Since most of the time this happens as an audience in the rooms of the Vatican, it is not the first time that the pope himself choose to meet the Jesuits as they are gathered in the General Congregation in the curia of the Society. So this Monday, 24 October, Pope Francis came discreetly to the curia and was greeted by Father General Arturo Sosa and the superior of the curia community, Father Joaquín Barrero.

These two accompanied him into the aula, and the Pope participated in morning prayer with the delegates. The theme of the prayer, the good shepherd, had been chosen for the occasion. The Ignatian tradition reflection made a reference to Fr. Franz van de Lugt, who made himself pastor of his own in Homs, Syria, until he was killed by the insanity of war. The members of the Congregation prayed for Pope Francis, as he often requests of all those he meets.

Pope Francis came to the General Congregation with a message. He gave an encouraging speech that set a direction. The speech gave a good idea of the manner in which he is coming to see the service of the Church and of the world that the Society of Jesus can offer, a relevant way connected to his own ministry. His whole intervention was characterized by an openness to what lies ahead, a call to go further, a support for caminar, the way of journeying that allows Jesuits to go toward others and to walk with them on their own journey.

To start out, quoting Saint Ignatius, the Pope recalled that a Jesuit is called to converse and thereby to bring life to birth “in every part of the world where a greater service of God and help for souls is expected.” Precisely for this reason, the Jesuits must go forward, taking advantage of the situations in which they find themselves, always to serve more and better. This implies a way of doing things that aims for harmony in the contexts of tension that are normal in a world with diverse persons and missions. The Pope mentioned explicitly the tensions between contemplation and action, between faith and justice, between charism and institution, between community and mission.

The Holy Father detailed three areas of the Society’s path; we will come back to each of them in the coming days.

These three last words of the Pope’s speech are graces for which each Jesuit and the whole Society must always ask: consolation, compassion, and discernment. 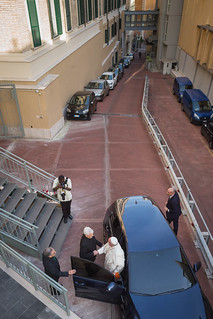 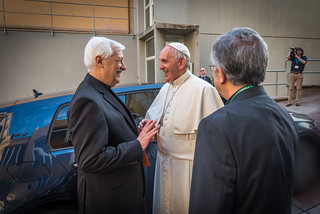 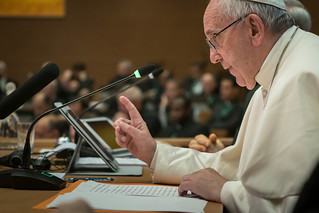 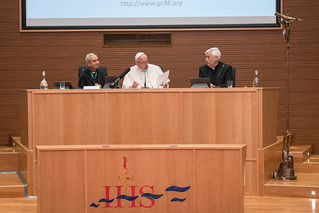 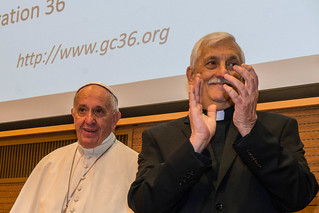 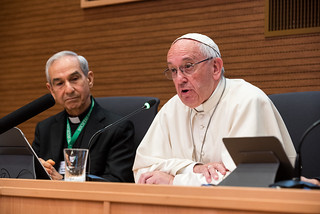 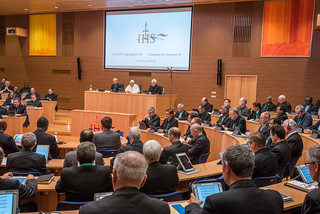 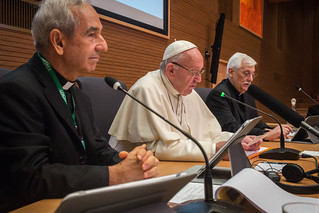 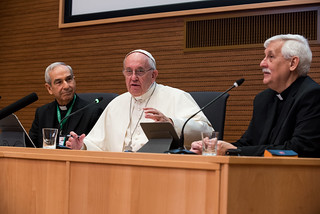 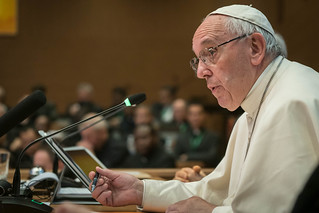