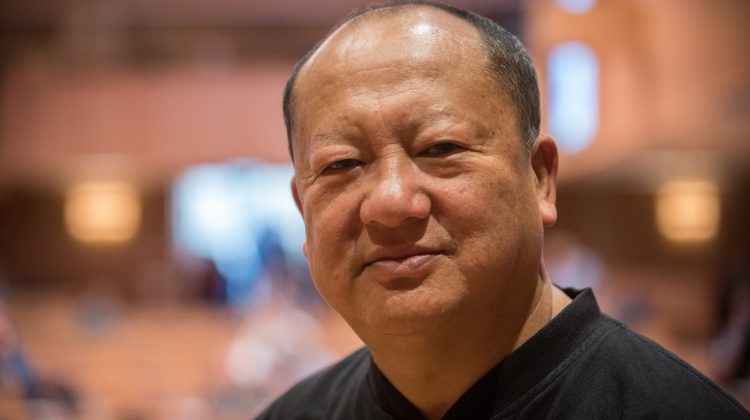 The first Europeans to step into Bhutan were two Portuguese Jesuits in 1627 on their way to Tibet. It was after several centuries later when a Canadian Jesuit from the Darjeeling Province was invited to help with the nascent educational system in Bhutan in 1963. The Jesuits started two schools and the first College in Bhutan. In 1986 all missionaries were asked to leave the country and only Fr. William Mackay remained till his death in 1995 as he was granted citizenship. The Jesuits strictly adhered to the policy of not converting anyone but to develop education. Fr. Mackay is considered as the father of modern education in Bhutan. Today there is not a single church school in Bhutan but the Bhutanese educated by the Jesuits have developed their own system. Mission well accomplished !

I had no connection with the Jesuits in Bhutan since I was studying in Darjeeling, in India. My first contact with anything Christian was through Christmas cards. As a little boy, I was fascinated with the little child in the manger. Later when I went to Darjeeling to study, I saw my first crucifix in a convent. The nuns helped me to connect this little boy and the man on the cross. I discovered that he rose from the dead and I am still discovering more about HIM.

I understood early that this discovery was not going to be a bed of roses. I am still realizing what Jesus meant when he told Nicodemus that one had to be born again. I have felt it, known it and lived it every day. To be a Christian in a closed Buddhist society is to go down the social ladder, it is to be an outcast! I learnt what agere contra meant very quickly in the novitiate. Suffice it for the moment to quote St Paul, “I count all things as loss compared to the surpassing excellence of knowing Christ Jesus my Lord, for whom I have lost all things, I consider them to be rubbish, that I may gain Christ.” (Ph3:8)

I admired the many missionaries in India and wanted to be like them since I was now a Catholic. However my life in the University and a career ahead distracted me. Bhutan was full of opportunities those days and being the first MBA from Bhutan, graduating from the prestigious IIM- Bangalore, I asked the Lord for some more time. When I begged for sign for a confirmation, I never realized he would answer so quickly and clearly. On a flight to Kolkata, I sat next to now St. Mother Teresa of Kolkata. She told me what I needed to hear. I cried all the way to Kolkata and that night, in my hotel room, decided to join the Society of Jesus. A few months later, in 1986, I did, leaving behind crying and confused parents, friends who thought I was mad and Jesuits who were skeptical.

Thirty years have passed since I entered the Jesuits. Today Bhutan has changed a lot and is known not only as the land of the peaceful thunder dragon, but of Gross National Happiness, the only carbon negative country in the world. A small country with just a million people sandwiched between India and China and the Bhutanese believe that it is due to the protection of the local guardian deity that we are not swallowed up by these two big giants. We have gracious King and a Queen; the King’s father gave Bhutan democracy and a constitution. We therefore have freedom of conscience but officially the country is Buddhist. Bhutan would like to preserve its traditions and culture. Basic education and health care is free for all.

Today, I am more at ease with these three identities in me. This triptych of being Bhutanese with a Buddhist background, a Catholic priest not formally raised as a Catholic, and a Jesuit. I consider all these as God’s gift of being who I am. Today I feel that over my Bhutanese Buddhist garments I have put on the livery of Christ, I did not have to reject the first. Specifically, I am a Catholic priest called to the ministry of the sacraments and yet called to the service of the Truth which will set all people free. I am a Jesuit and therefore challenged, in spite of my limitations, to be a man for the marginalized, a servant of the joy of the Gospel, one who can be audacious.