Home » Fr. Bruno Cadoré, OP, to the Jesuits: The faith of audacity – the faith of the humble servant 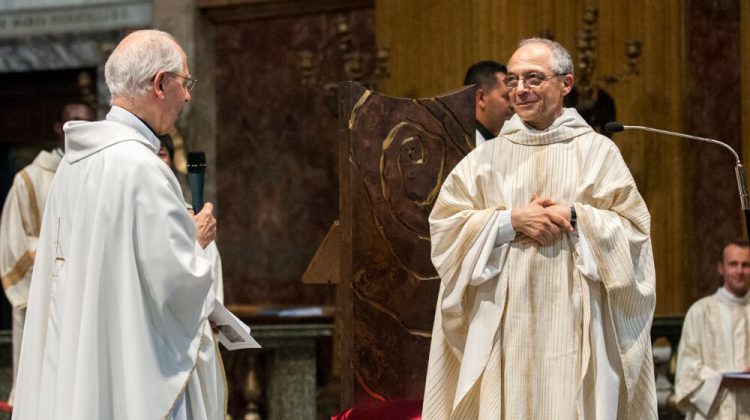 The 215 members of the Jesuit General Congregation 36 celebrated Mass at the Church of the Gesù on October 2, to launch the Congregation. The main presider was Father Bruno Cadoré, the Master of the Order of Preachers (also known as the Dominican Order). The relationship between the Dominicans and Jesuits goes back to the conversion of Saint Ignatius, who would ask himself, “If Saint Dominic did such and such, why can I not?” Additionally, there is a tradition that when the General of the Jesuits dies, the Master of the Dominican Order is invited to celebrate the Eucharist. In this case, Father Cadoré was invited to preside at the Mass to launch the Congregation, which will accept Father Adolfo Nicolás’ resignation as Superior General of the Society of Jesus (Jesuits). Father Nicolás along with the General Counselors and all the other electors were present. Also present was a large number of Jesuits who live and work in Rome.

Father Cadoré, delivered a homily inspired by the Scripture readings of the day, the 27th Sunday of Ordinary time. These were excerpts from the prophet Habakkuk, from second letter of Saint Paul to Timothy and from the 17th chapter of Saint Luke’s gospel.

Father Cadoré began by drawing attention to the apostles’ request to Jesus: “Lord, increase our faith!” This is the mindset that is needed at the beginning of this General Congregation. The homilist explains: “This faith is necessary – even if it remains as modest in appearance as a mustard seed – because it is about daring to aim for the improbable: ‘you can say to this mulberry tree, be uprooted and planted in the sea, and it will obey you’. It is even more necessary, because it is to understand that, even if we aim for the incredible, it is about daring to say: ‘we are unworthy servants: we have only done our duty’!  An assembly such as yours (…) will without doubt move between the duty of constantly calling the Society to dare the audacity of the « improbable » and the evangelical willingness to do it with the humility of those who know that, in this service where the human engages all his energy, « everything depends on God”.

This audacity to aim for the improbable was Ignatius’ characteristic at the time he founded the Least Society of Jesus. Is it still possible in our time of crisis, while violence in so many forms is experienced? It is possible, says the Dominican to the Jesuits, if it is “this audacity to make heard through your commitments, your words, your solidarity, the always unexpected voice of the One in whom the world hopes, who reverses death and establishes life, the One to whom you seek to give the greatest glory?” It is only possible if it is solidly founded on Paul’s advice to his friend Timothy: “To find the strength and creativity of fidelity in the breath in which the Spirit holds us as he leads us to encounter and to listen to the other, who creates a well of compassion in the heart of the person, who consolidates the unbreakable alliance with those who are entrusted to us.”

Finally, Fr. Cadoré insists on the fact that if the faith the apostles need has to be characterized by audacity, it has to be, at the same time, the faith of the humble servant, the faith of a life truly given for others. “Of what, precisely, are you the servant? Of a table, a table of sinners, a table of welcome for all to which are invited the blind and the lame, Pharisees and publicans, adulterers and good people. Your founder, Ignatius, prayed like this: ‘Lord Jesus, teach us to be generous, teach us to serve You as You deserve, to give and not to count the cost, to fight and not to heed the wounds, to toil and not to seek for rest, to labour and to ask for no reward save that of knowing we are doing Your will’. Is this not an invitation, once more today, to place ourselves, all of us, at the service of this table?”

Here you can download the full text of the homily. 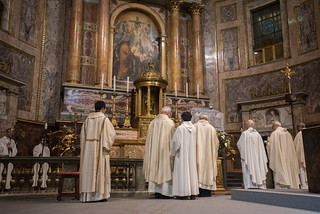 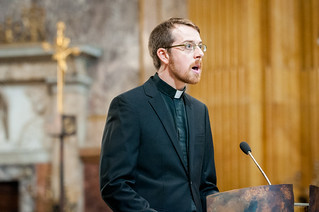 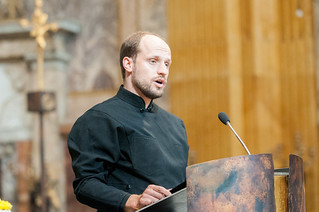 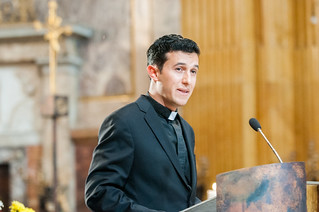 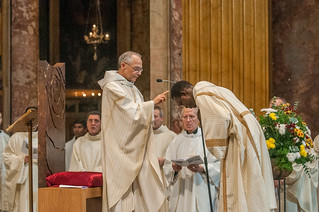 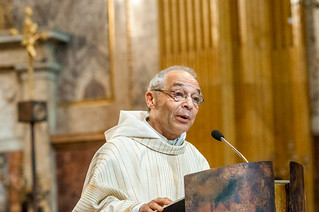 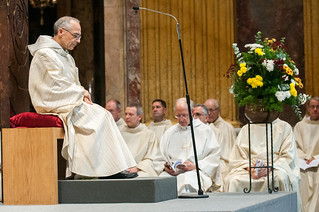 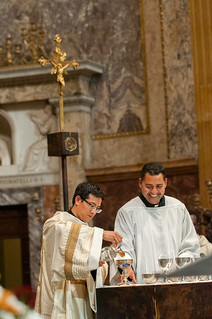 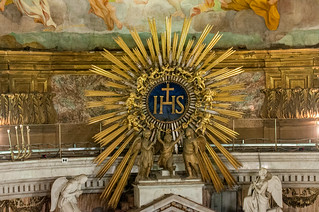 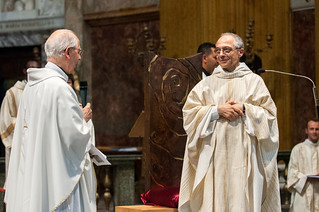