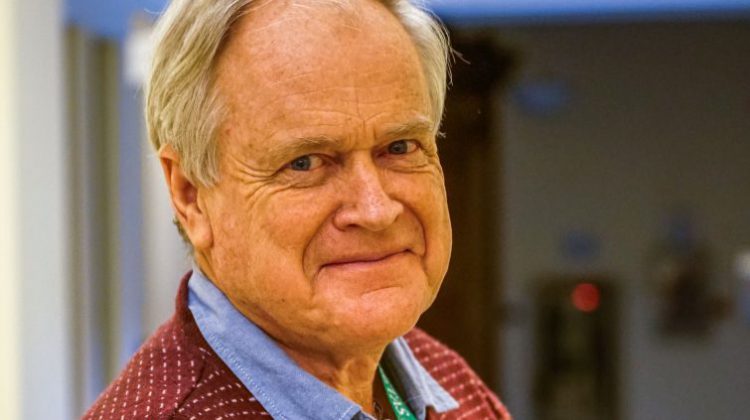 In our series of conversations with members of the General Congregation from all over the world, we met with the President of the Jesuit Conference of Africa and Madagascar, Fr. Michael Lewis. He is South African but he is stationed in Nairobi, Kenya, where the Conference has its offices. Here are the highlights of our encounter.

On preparations for GC for the representatives of Africa and Madagascar. We were fortunate because we decided to have two meetings and it really helped us. The first one set the tone among the 21 of us and helped us know each other. Then, some six months later, we met again and since we could use a part of the documents that had been prepared for the Congregation, we were able to look at them having in mind the situation of the Society of Jesus in Africa as well as the kind of needs and concerns we could bring to the General Congregation.

Jesuit vocations in the Conference. Vocations in Africa are good but there is a tendency to be over optimistic about it. Over the last 10 years or so, we increased by about 10 a year. Of course, some people leave and some die. But we are increasing and that’s a good sign.

But there is no question that our problem is not enough men to do so much work. We are only 1600 Jesuits in the Conference of Africa and Madagascar. So we are short on numbers but not in works. I would say that practically every Jesuit on the continent is overworked and probably underpaid… but that’s secondary.

The union of minds. On the one hand, Africa is very diverse but on the other, there is a real unity felt in the attitudes of the people. There is an inherent hospitality among Africans in general. Although there are many local or regional languages, we can communicate with the languages that came from the time of the colonies. But more importantly, many Jesuits have been formed together in philosophy and theology, so they know each other from way back and that has made a huge difference to the Conference. Nowadays, the Conference is all indigenous Jesuits and we have a tremendous Jesuit leadership in Africa.

On good news brought to the Congregation from Africa. Media is not very kind to Africa; reports are always about war and political struggles. But there is lots of good news, although it’s not much heard of because good news doesn’t sell. The amount of advancement, of progress on the continent is terrific, and the same applies to Jesuits. A strong point about the Society of Jesus in Africa is YOUTH. At this congregation, I am the oldest person of our delegation and the nearest to me is ten years younger than me; and I’m not that old! We’ve got enthusiasm!

Also, and this is terribly important, Africa is a religious continent. Faith is diverse, but it is there. The Christian-Muslim issue is there but while we hear all kinds of bad news about Islam, we live on a continent where millions of Muslim and Christians are living together in harmony. It has been my own experience since my childhood, in my grandmother’s neighbourhood. This has been going on for hundreds of years. Even when Francis Xavier travelled, Muslims were living in peace with Christians.

On experience of the Congregation. Personally, I feel it is wonderful to come together, experiencing this diversity of the Society of Jesus, to live “the Jesuits at their best”. But also, coming from Africa, I think that, we, Africans, are bringing a sense of newness, a sense of youth, a sense of dynamism that is a contribution to the Congregation.